Romano Alfieri is an italian DJ and producer that began his career in the early part of new millennium by the major events in Tuscany, where he had the opportunity to play with internationally renowned guests and in important events such as Cocoon and Minus parties. From season 2007 / 2008 he became the most important resident DJ of  Reflex Club (Pisa).
In those years he starts to produce electronic music and on december 2009 he releases “Moved To Love ep” one of the biggest dancefloor destroyers of the winter season on “Break New Soil” Gregor Tresher’s label.
His productions are now played and appreciated by the best artists in the world In 2010 he releases many eps and remixes on the best European labels including: Break New Soil, Strictly Chosen, All Inn Limited, Bla Bla, International Freakshow, Kling Klong, Great Stuff, Big City Beats and many others and thanks to the success of his works, he won “Elettrowave Italy”, an historical competition for new talents.
In the 2011 he releases ‘Leave the Valley’ on Break New Soil that has a lot of success and it was encluded in the compilation of the ‘Sea of Love’ festival, mixed by Karotte.
In the 2013 Tenax  Recordings, label of the homonymous club in Florence, has choosen Romano for an EP called ‘I follow you’. In the same year he has remixed Todd Terry, appeared on the compilation of Watergate of Berlin mixed by Matthias Kaden.
Thanks to his perseverance he became part of “Family Affairs booking agency” that gave him the possibility to play at well established clubs such as Studio 80 (Amsterdam) ADE (2010-2011-2012), Cocoon Club (Frankfurt), Sankeys (Manchester), Three House (WMC 2013 – Miami), P6 Club (Bogotà) and many others all across Europe.
In the meantime he also played in the most important festivals in Europe like Time Warp Italy, Movement Italy, Park Life Manchester, roBOt Bologna, Sonar Off Barcelona.
Romano is now the new entry in the roster of Reboot’s  NOON Artists Management & Booking agency that takes care of his worldwide management and bookings with the only exception of Italy where he still being exclusive of Reflex Booking.
Romano Alfieri’s  Dj-sets are characterized by influences ranging from funky, to house until more electronic and techno influences.
Events, Saturday 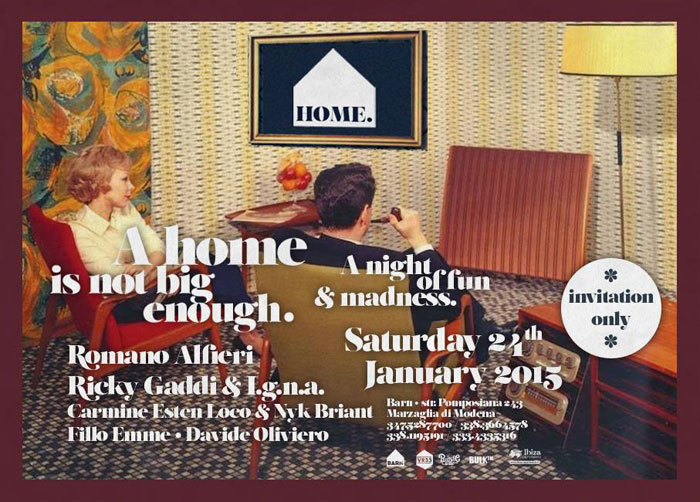 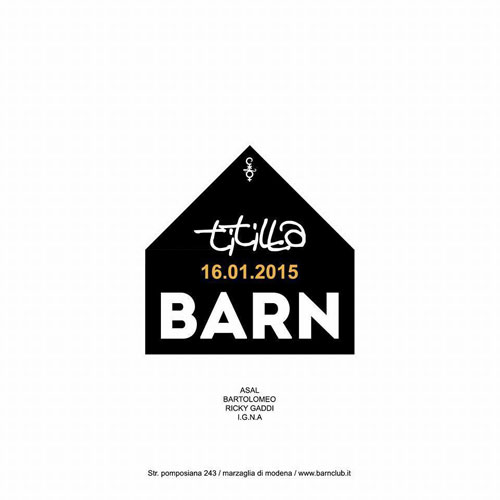 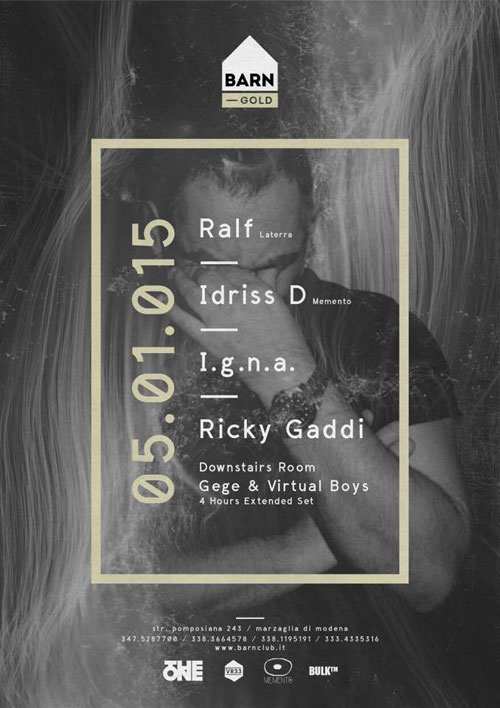 Nic Fanciulli is a DJ, producer and label owner who has remained one of the UK’s finest exports in electronic music throughout the last decade. A Grammy nominated producer, Nic has worked with artists as diverse as Underworld, Kylie Minogue, U.N.K.L.E, Loco Dice, Josh Wink and Tracey Thorn in addition to producing a plethora of solo club focused tracks that have achieved both critical and commercial acclaim. Now releasing on the likes of Rejected and Souvenir, Nic is responsible for a high output of a sleek, intelligent yet driving strain of house and techno.

Perhaps most significantly, Nic’s own Saved Records has become an important purveyor of international, underground house and techno. Having helped develop the imprint into a recognisable label since 2005, Nic and his clutch of impressive Saved artists have travelled the globe with the brand, spreading their musical manifesto far and wide. Always with a keen eye on bringing new talent through, Nic has used Saved as a platform to break new and exciting young producers as well as maintaining a desire to put out quality releases from other stalwarts of the scene. At only five years old, Saved is continuing to expand the legacy of Nic Fanciulli.

Jamie Odell aka Jimpster and Audiomontage has been producing, remixing and DJing for the last 19 years and co- running his Freerange Records (voted Best British Label 2007) label for the last 15 of those. His musical upbringing and early introduction to production (his first release was on UK label Jumpin’ & Pumpin’ in 1990) and DJing have helped him forge a sound that is at once warm and deep as well as being innovative and also club friendly.

His seminal Jimpster LP Messages From The Hub (1997), as well as his more dancefloor orientated Audiomontage 12”s really helped establish Jamie as an artist of some merit and he quickly became in regular demand as a remixer (over 75 at the last count!) and co- producer on a wide range of underground projects. His third Jimpster LP Amour was released 4 years ago on Freerange to excellent critical acclaim and appeared in numerous published Top 20 LP’s of the year charts. In recent years he has released his first original track for another label, choosing Ben Watt’s Buzzin’ Fly for Square Up which went on to become a big underground house track of the year.

His last 12” for Freerange was Sleeper, another deep house anthem which was nominated for numerous Best Dance Single Awards as well as sitting at the top of the Beatport charts for a month. Recent artists to get the Jimpster midas touch in the form of a remix include Josh Wink, Photon Inc, Osunlade, Bob Marley, Joris Voorn, Seal, Marc Romboy, Solomun…. The list goes on.

Over the past 5 or 6 years Jamie has built up a reputation as a highly regarded dj in the UK and around the world, having played over 100 gigs last year alone. With an emphasis on the deeper end of electronic house music, but not afraid to stray from the path, he retains an old school approach that has seen him booked for gigs as diverse as Fabric and Matter (London), Panarama Bar and Watergate (Berlin), Cielo (NYC), Warehouse 702 (Tokyo), Zoo Project (Ibiza), D-Edge (Sau Paulo), GOA @ Fabrik (Madrid).