French DJ and musician living in Ibiza, Marc Antona is founder of his own label Dissonant and artist of reknown Music On party. Marc has been spreading for years his unique sound across the world, producing advanced underground music and performing live and DJ-sets in world’s most famous clubs…

Marc Antona’s Iberian influence is laid bare throughout : having his own studio in Ibiza, he fondly says that the white island has “so much contrast between the peaceful nature and the amazing clubbing scene, with so much energy that ideas are plentiful when it’s time to make music.”
Throughout discoveries as a musician, Marc’s passion for “creating musical trips, taking people into his world and making them enjoy the changes of moods from happiness to melancholy, from energy-pumping moments to relaxing deep waves” has developed and is now clearly on point with his latest tracks.

2012 sees Marc Antona’s style recognition : music as a journey with tracks and DJ-sets full of hidden grooves and melodies within the beats and kicks. It has been a heavy year : parties from Australia to Womb Tokyo, collaboration with tINI (Desolat) on Dissonant and Moon Harbour, release on Adam Beyer’s label TrueSoul, remix for Re-UP on Upon You, releases on his own label Dissonant…

Peakpoint has been Marco Carola’s invitation to play for his Music On party at Amnesia in Ibiza. Music On has had a rocket-start and has quickly gained his status of most successful clubbing event and biggest revelation of this year ! Sharing with Marco Carola a full musical and personal respect, Marc Antona goes on with Music On after the summer season and enjoys being part of this geat adventure.

In 2010-2011, Marc Antona had decided to embark on his independent project and create his label, Dissonant, when he felt the time was right to stress on his own vision of electronic music. On that year, not only did Marc put out three highly praised EPs on his label, he also built and nurtured its concept to what has been the home of his first full length album ‘Rules Of Madness’. Thru this first album on Dissonant, Marc showed his own creative vision of what he wants to be sexy underground music : organic tunes full of hidden melodies and underlying emotional ambiance whilst keeping the pumping vibe experienced in his dj-live sessions.

Before, Marc had been producing and releasing his explorative electronic music on labels such as Mobilee, Highgrade, Freak N’Chic or Micro-Fibres for years. Nothing more than a few hits had already been produced through his former imprint “Micro-Fibres”, among them “Sharks” or “Neurons”, topped at all charts first places… In addition, Marc quickly added signings at prestigious labels which sounds fitted his universe : more hits came out of these releases, as “Xtension” on Freak N’ Chic, “One more sugar” on Mobilee or “Not a serious thing” on Sender records ! 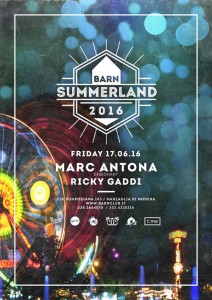 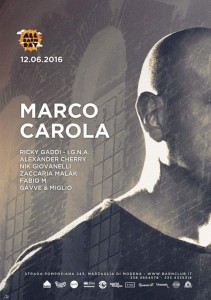 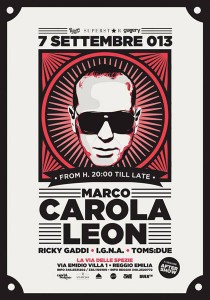