DJ and producer Peter Schumann was born and raised in Gera, Germany, also where he discovered his passion for “black gold” two years before moving to Frankfurt in 1997. Settling in did not take long and soon he had set up his own series of events in space place aka Tanzhaus West (Frankfurt). At the same time he started DJing for Radio X DJ Night on a regular basis. He is known for minimal grooving beats and a colourful variety of House, Detroit and Minimal. Peter’s first release was published in 2002, together with Marcus Martinez as Audiomat on 3d Records. After a two-year break the next strike was made, this time together with good friend Benjamin Fehr on the Frankfurt label Catenaccio. In 2005 Peter played his part on ‘Compilation Elektronische Musik – Intercontinental 4’ for the Cologne label Traumschallplatten. His first solo run was the Elster Records release ‘Delicate Issue’ – a complex EP full of both gloom and dreaminess – making you hope for more! Between 2004-2007 he was managing Anthony Rother’s Datapunk, Psi49net and Stahl labels featuring productions of DJ Hell, Sven Väth, Anthony Rother and Gregor Tresher and of course his own. In 2010 after moving to Berlin, Peter started Platte International, his own strictly limited imprint, only available on Vinyl. Since then he has been managing the BAR25 label, as well as working as a booking agent for Kater Holzig / Kater Blau, he is holding longterm DJ Residencies for Zukunft in Zurich, Dora Brilliant, Tanzhaus West in Frankfurt and Kater Blau in Berlin. 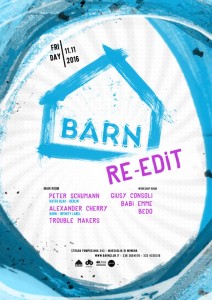