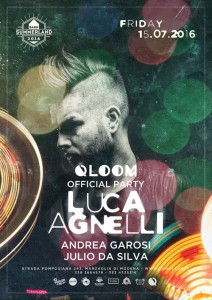 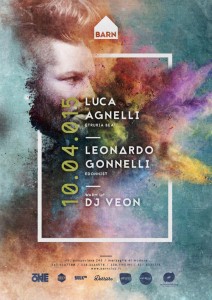 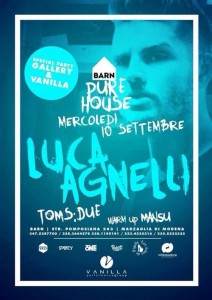 Experimenter and lover of afro-American tradition, dj Rame represents the perfect synthesis between technological approach and sentimental aspect, a dualism that permitted him to leave a deep impression in the magic world of international dance.

After starting off in the most famous Italian clubs, Rame also exploded abroad,  starting to invade the dance floors in England, Germany, Switzerland, and Spain with his own mixes until the triumphal Asian tour with the partnership of the famous British magazine “Dj Magazine”.

Since the beginning of the 90’s, the partnership with Dino Angioletti and Uovo in the Pasta Boys crew, has become an absolute status of cult, thanks to important productions such as Soul Heaven, Tribute, The Inspiration, Let the Sunshine and Welcome To My House, and various remixes and important collaborations with superstars such as Osunlade, Wunmi and Masters At Work.

Included in the 100 best deejay’s in the world, Rame is actually protagonist in all the best clubs of the peninsula – Mazoom, Maffia, Fluid, Cocoricò, Muretto, Red Zone, Kama Kama, Echoes, Folies De Pigalle, and realises completely his universal sound in the monthly session at Kinki Club in Bologna.

Now considered the creative lab for the development of numerous international experiences. In his latest personal releases, we underline the new mix for  Manocalda named The Glow, a further step towards the future of club culture.