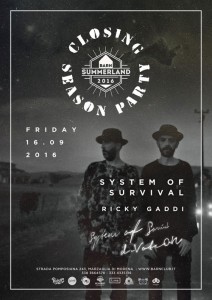 Born in Puglia, also known as the heel of Italy´s boot, Giorgia is a composer and multi-instrumentalist. She is part of the project We love on Bpitch Control Records and she has been resident performer at Tenax Club 1.0 in Florence for 2 years. After a classical music education Giorgia developed in a short time a deep interest in the electronic music and she started experimenting new live techniques. From the very first project Metùo she aimed to create a multi-sensorial performance mixing sounds, images and scents. She never stopped looking intensely for the interaction with her public.

In the year 2010 with her audio visual project WE LOVE she concluded an exclusivity agreement with the label Bpitch Control performing in many clubs internationally. In 2013 she started her residency at TENAX club (Florence, ITALY). This experience gave her the chance to test a new style, creating always different live acts and having the opportunity of constantly improvising on stage. Giorgia Angiuli composed also soundtracks for movies, commercials and fashion shows collaborating with many well-recognized musicians. In 2014 she became a part of Kevin Saunderson’s legendary techno label KMS, from December of the same year Giorgia Angiuli is represented in Italy by La Terra Management, the agency founded by DJ Ralf. Giorgia Angiuli hosts currently a radio program Live is More in collaboration with the agency of the same name on the Italian sender Soundzrise (http://www.m2o.it/) presenting the most interesting live acts performing in the worldwide dance scene.

Stylistically Giorgia´s solo project moves between pop, techno and house. She uses her voice to create a dreamy dimension intensified by the use of unique toy instruments. During her set she combines keyboards, drum pad and theremin with the sounds of toy flute, sax, trumpets and many other toys. Mixing all these samples and loops she shapes a vibrating and energetic groove that sets the dance floor on fire. She currently lives in Florence. 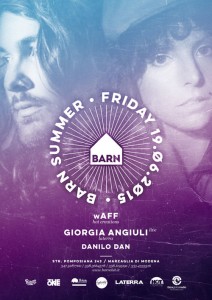 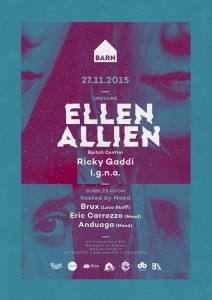 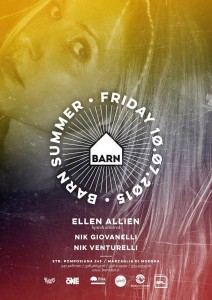 I grew up in the 9th district of Paris in Pigalle. There I got in touch early with the dazzling nightlife scene around my neighborhood. But let us start in the beginning…

In the 1996s I listened to a lot of Hip Hop. Especially the New York stuff like Wu-Tang Clan, A Tribe Called Quest and stuff like that as well as OutKast. In 1997 when I was just fifteen the Prodigy album „Fat of the Land“ with their hit „Smack My Bitch Up“ was released. I listened to it three years later…like to almost everything. There are many albums I discovered which came out just a little bit too early for me.

„Consumed“ Plastikman changed my mind. Since then I listened to every single piece of electronic music. Pole 1,2,3, Alexander Kowalski, Squarepusher, Josh Wink, Jeff Mills, Laurent Garnier and many more. There is a big mess of artist names on my Myspace site that influenced me. Still, I have kept the “Sense of Silence Concept” from Plastikman for many years in my deck.

In the summer of 2001 I experience my first club scene shock. I started using programs like Propellerhead and Ableton 2 and the Korg er1 drum machine. This was the second big change in my mind. In 2002 I decided to go to Ibiza with some friends and I discovered the happy punch techno of Carl Cox and the worldwide hugest smoke machine. During the same time I started to listen to Drum’n Bass music. Mainly to Roni Size. I like Dum’n Bass because it mixes my taste of HipHop together with Techno. I still listen to it from time to time.

Finally in 2003 I decided to seriously produce music. I started off with two close friends of mine: Okain and Paul Ritch. In 2005/2006 I became a sound engineer and on the 30th June of 2006 we were at the legendary “dimuschi” party in Paris. Live with my friends Okain and Paul Ritch.

In May 2007 I moved to Berlin. Ich bin ein Berliner. From there on it was only a short time till the 18th of February 2008 when I became an official BPitch Control artist with signing my exclusive contract and releasing my first EP „Ride On“. Now I am on the road!!!